The fourth gaming generation, more commonly referred to as the 16-bit era, is more than likely our all time favorite here at Pixelated Gamer. We moved on from the 8-bit systems and jumped head first into the Super Nintendo, Sega Genesis, TurboGrafx-16 and eventually the add-ons such as the Sega CD, 32X and Super Gameboy. The leap in graphics and controls were mind blowing at the time; plus the amount of games available was just staggering. Let’s take a look at these systems and the games that made them truly iconic. 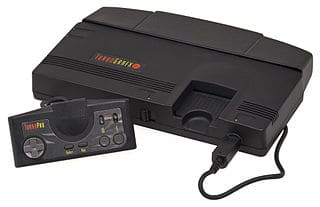 The PC Engine was the result of a collaboration between Hudson Soft and NEC and launched in Japan on October 30, 1987. It launched in North America during August 1989, under the name TurboGrafx-16.

Initially, the PC Engine was quite successful in Japan, partly due to titles available on the then-new CD-ROM format. NEC released a CD add-on in 1990 and by 1992 had released a combination TurboGrafx and CD-ROM system known as the Turbo Duo. In the USA, NEC used Bonk, a head-banging caveman, as their mascot and featured him in most of the TurboGrafx advertising from 1990 to 1994. The platform was well received initially, especially in larger markets, but failed to make inroads into the smaller metropolitan areas where NEC did not have as many store representatives or as focused in-store promotion.

The PC Engine failed to maintain its sales momentum or to make a strong impact in North America. The TurboGrafx-16 and its CD combination system, the Turbo Duo, ceased manufacturing in North America by 1994, though a small amount of software continued to trickle out for the platform. 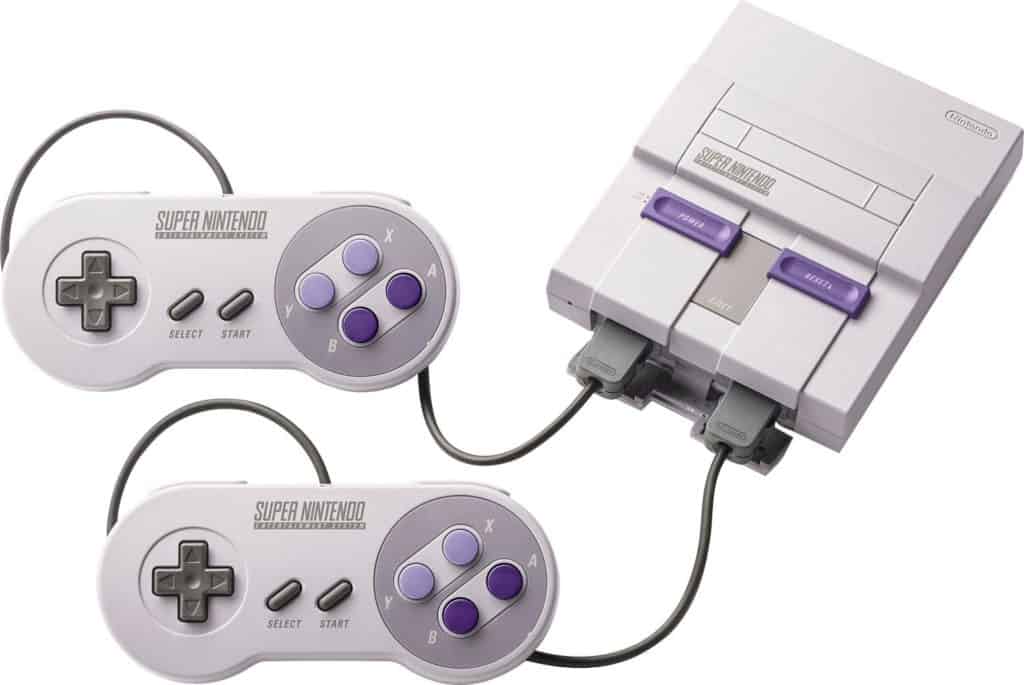 Nintendo executives were initially reluctant to design a new system, but as the market transitioned to the newer hardware, Nintendo saw the erosion of the commanding market share it had built up with the Famicom (called Nintendo Entertainment System outside Japan). Nintendo’s fourth-generation console, the Super Famicom, was released in Japan on November 21, 1990; Nintendo’s initial shipment of 300,000 units sold out within hours. The machine reached North America on August 23, 1991, and Europe and Australia in April 1992. 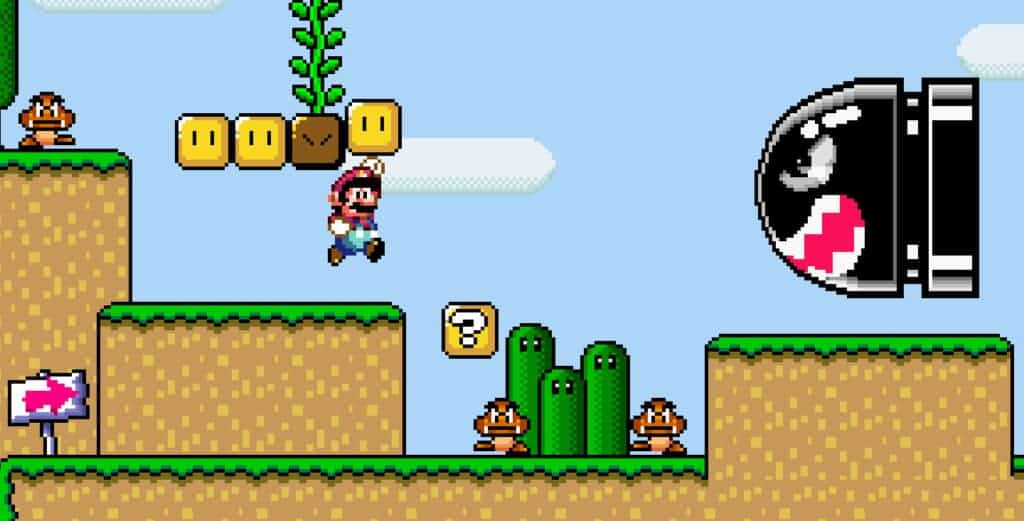 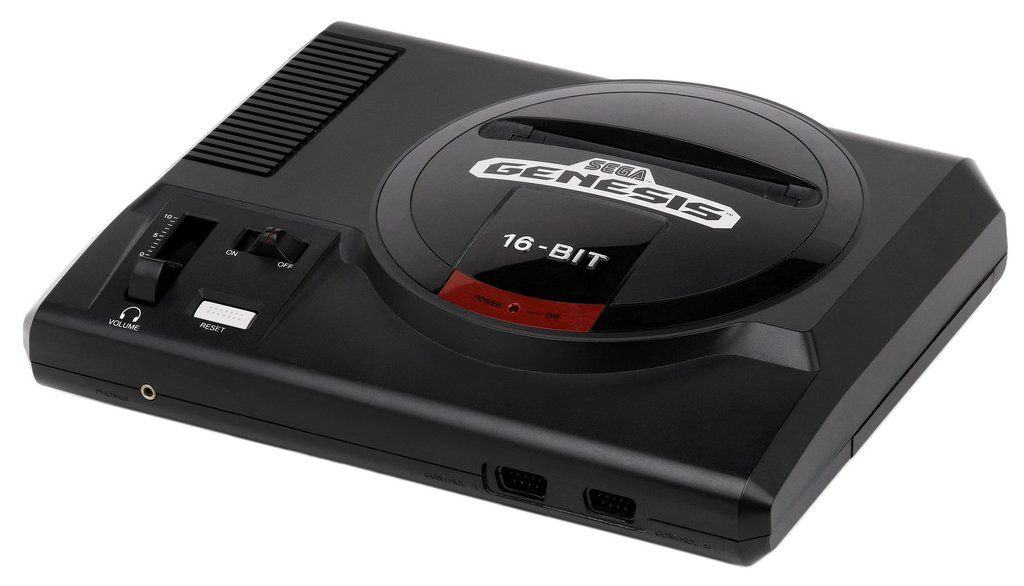 Sega initially had a hard time overcoming Nintendo’s ubiquitous presence in the American consumer’s home. That changed in late 1991, as Sega built their marketing campaign around their new mascot Sonic the Hedgehog, pushing the Genesis as the “cooler” alternative to Nintendo’s console and inventing the term “Blast Processing” to suggest that the Genesis was capable of handling games with faster motion than the SNES. Their advertising was often directly adversarial, leading to commercials such as “Genesis does what Nintendon’t” and the “‘SEGA!’ scream”.

When the arcade game Mortal Kombat was ported for home release on the Mega Drive and Super Nintendo Entertainment System, Nintendo decided to censor the game’s gore, but Sega kept the content in the game, via a code entered at the start screen (A,B,A,C,A,B,B). Sega’s gamble paid off, as its version of Mortal Kombat received generally higher and more favorable reviews in the gaming press and outsold the SNES version three to one. This violence also led to Congressional hearings to investigate the marketing of violent video games to children, and to the creation of the Interactive Digital Software Association and the Entertainment Software Rating Board. With the new ESRB rating system in place, Nintendo reconsidered its position for the release of Mortal Kombat II, and this time became the preferred version among reviewers. Sega, however, ran into a minor roadblock with the popularity of fighting games with advanced controls, because its controller only featured three action buttons. In response to the upcoming Street Fighter 2 Special Champion Edition and Mortal Kombat, Sega introduced a 6-button controller. Most new games could still be played with the original 3-button controller however, but the company suggested its gamers buy and adopt the new 6-button model.

Despite the Genesis’ and Mega Drive’s success in North America and Europe, the console was never popular in Japan (being regularly outsold by the PC Engine), but it still managed to sell 40 million units worldwide. By late 1995, Sega was supporting five different consoles and two add-ons, and Sega of Japan chose to discontinue the Mega Drive in Japan to concentrate on the new Sega Saturn. 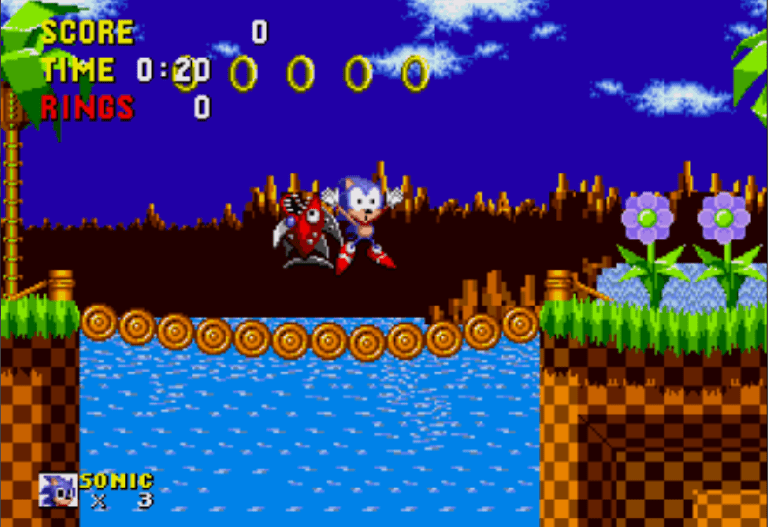 The 16-bit era had so many games and offered an incredible variety for all players.  It was classic Sonic versus Mario but at the same time, each system offered an enormous library for their system. Exclusives were a big deal at this time and unique experiences could be had with each console.  Be sure and leave your comments on which gaming generation you remember the fondest and which games made them so great!