My Arcade is back at it again with another micro player.  This time around, gamers can get their hands on a miniaturized Caveman Ninja (Joe & Mac) arcade cab.  It was originally released in 1991 across many systems, including the Sega Genesis, Super Nintendo, PC and of course could be found at your local arcade. 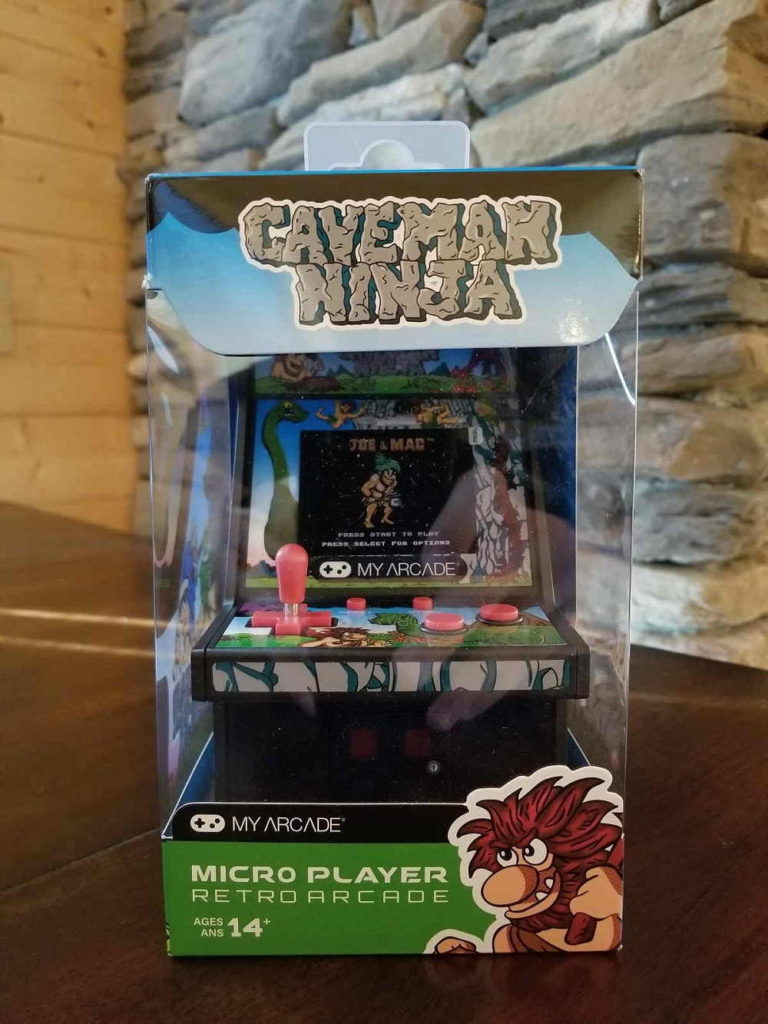 I missed out on playing this one at the arcades, but I did put in some serious time into the SNES port. The port on this Micro Player seems to be the original, as the Super Nintendo version had some larger sprites and slight differences in level design. The game itself looks fantastic, featuring all the bright pixels and colorful visuals I remembered. 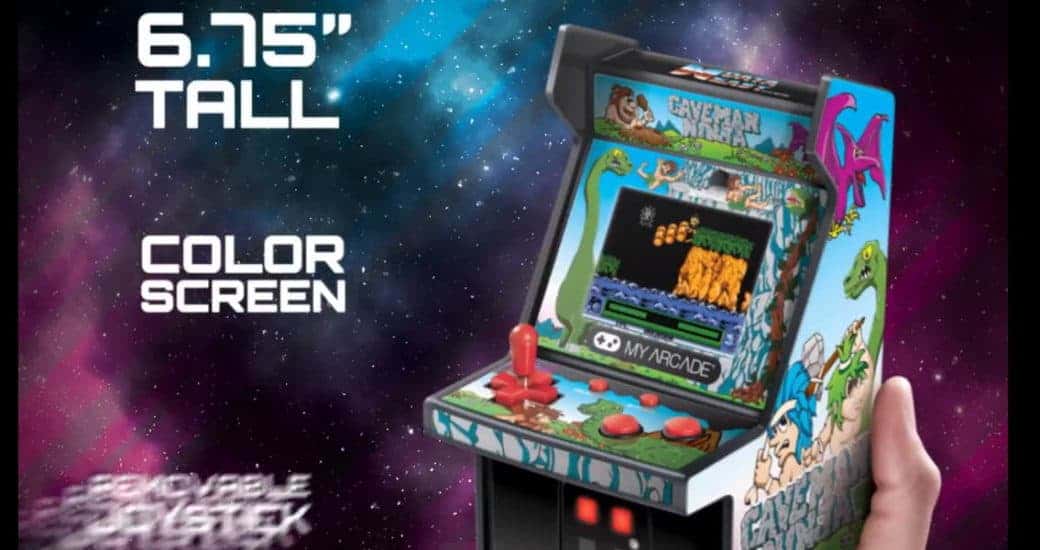 The controls are also spot on with controlling Joe or Mac. Attack other caveman, Pterodactyls and the mighty T-Rex with boomerangs, bones, stone wheels, and clubs. There are two main buttons, one for jump and one for attack; as well as a start and reset button up top. For some serious height, hold forward while jumping and Joe will somersault into the air. This allows you to clear enemies or throw your weapons at a greater distance and height. As with their other models, the mini joystick does a great job in controlling the action, and can also be removed if you would rather play the game via the directional pad.

The mini arcade cab is highly detailed, featuring the original Caveman Ninja arcade artwork and marquee. It stands 6.75 inches tall and features a 2.75 inch screen. The Micro Player Arcade Cab boots up by pressing in the coin slot door on the front. It lights up red when powered up, which looks really cool. To power the mini arcade cab, you’ll need 4 AA batteries. While it would be nice to have had these included, My Arcade did implement a USB port on the back as a secondary power option.  The sound quality is nice and clear.  The volume buttons are located on the back, as well as a 3.5mm headphone jack. 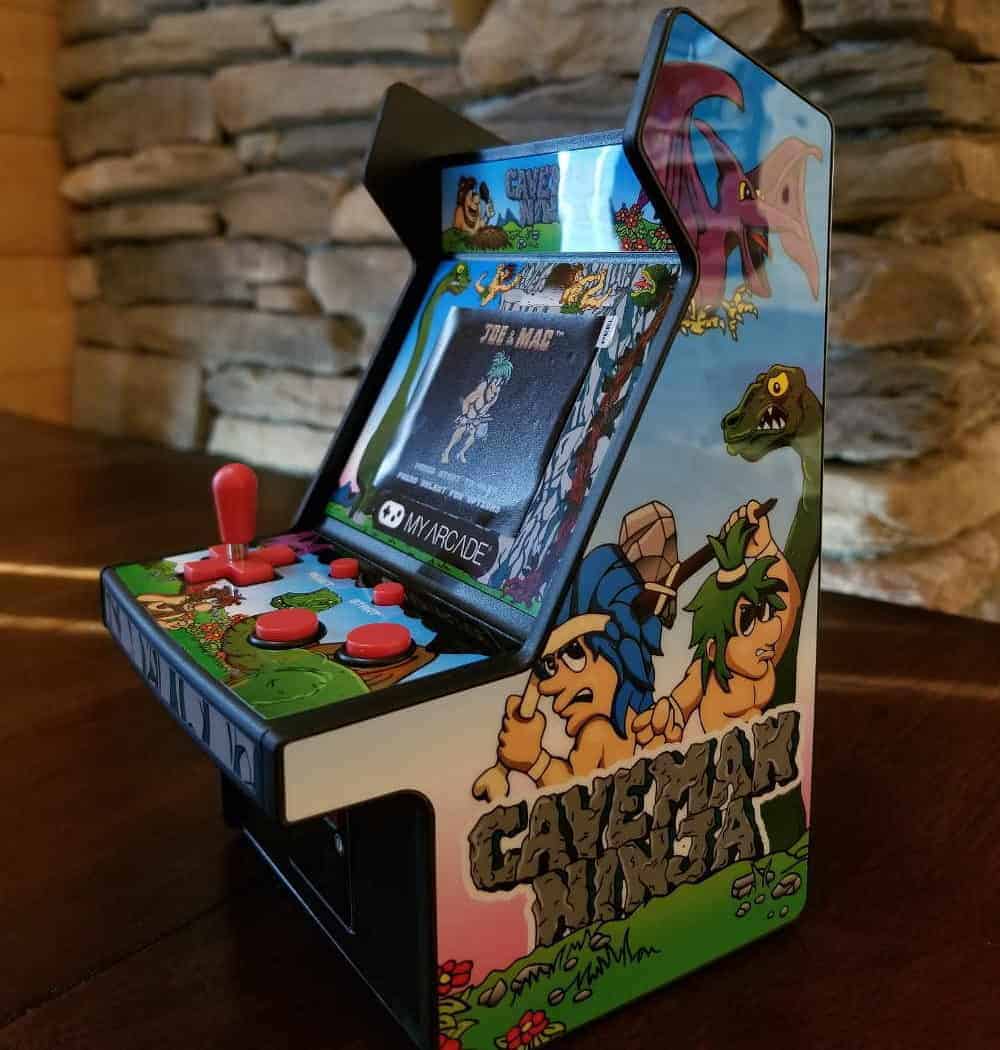 My Arcade Caveman Ninja Micro Player is a phenomenal miniaturized replica of the original Arcade cab from 1991.  It’s composed of the same high quality parts and details of their other units that we have come to admire and collect.  I hope they continue to release and expand their offerings to other classics, as these are a great bargain at $34.99.  Check out their full selection of mini cabs here.

Review sample provided by My Arcade

Grab your club and get ready to go on a wild, prehistoric adventure with the Cavemen Ninjas - Joe & Mac! Swinging their way into the arcade in 1991, the classic side-scrolling platform and beat-em-up style gameplay has helped Joe & Mac etch their way into gaming history.