Max: The Curse of Brotherhood is now out on the eShop for the Nintendo Switch.  It’s a wonderfully animated puzzle-platformer that was originally released back in 2013. Flashbulb Games and Stage Clear Studios are hoping to breath new life into their title with its debut on Nintendo’s new portable system.

The star of the show is of course Max, who must rescue his brother Felix.  He accidentally wished his little brother away, but dived right after him within the mysterious portal where Felix vanquished into.   Once through, players see that a large monster is carrying his brother away and Max charges after him.  The visuals right off the start are really impressive and have a gorgeous art direction to them. 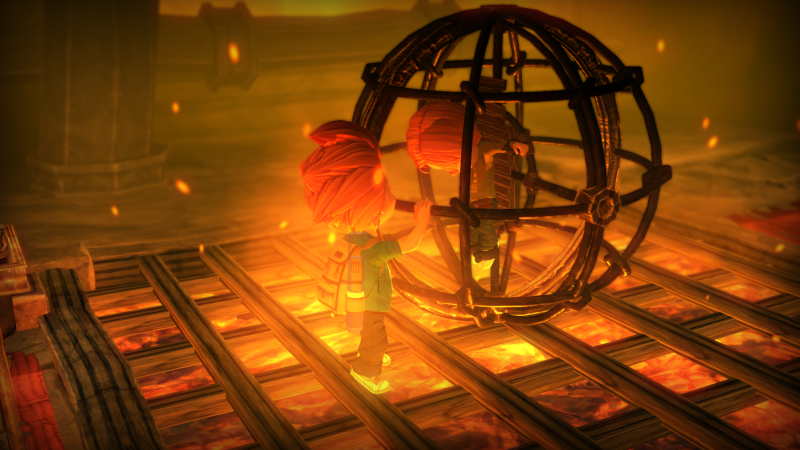 The game is a mix of platforming and puzzle solving.  The unique element to Max: The Curse of Brotherhood is the ability for players to use a magic marker of sorts to manipulate and draw with to get through each level.  This is done by using the trigger in combination with the analog stick, or via the touchscreen on the Nintendo Switch (a new feature found only on this platform).  It’s nice to have both options and gives players a choice in what they find the most effective.  I personally found the Pro Controller to be the most precise method, but can see how some gamers might have fun with the touch screen interaction.

Flashbulb Games mixes things up for each area and also includes steady save points to keep things interesting throughout the 7-9 hour campaign, while keeping the frustration level as low as possible thanks to very little backtracking.  The game is by no means difficult, but players will have to fail quite a few times before succeeding in many areas, particularly the more clever puzzles or scenes that demand a high pace. 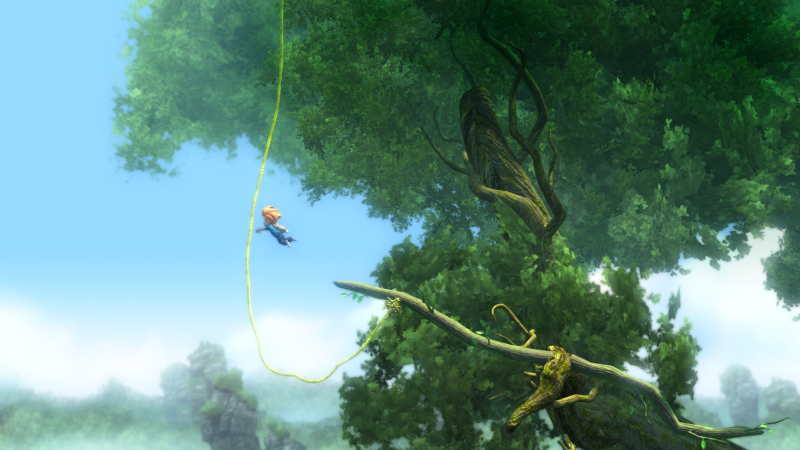 The challenge is nicely balanced and provides engaging gameplay in each highly detailed world.  Players are treated to some outstanding visuals along the way that include lush forests, vivid desert landscapes and dark treacherous caverns.  The game does come to a crawl during some areas that are fast moving and action packed, and surprisingly when the system is docked.  I did not notice the lower frame rates near as much while playing it in handheld mode.  It’s no game-breaker by any means, but it does jar you a little bit and disrupts the game’s immersion when these stutters occur.

Max: The Curse of Brotherhood is a fun, bright and highly imaginative puzzle-platformer that feels right at home on the Nintendo Switch.  If you haven’t yet played this on previous platforms, this is a great one to pickup at the eShop.

Max: The Curse of Brotherhood is a puzzle-platform video game developed by Press Play for Xbox One, Microsoft Windows, Xbox 360, Nintendo Switch and later on PlayStation 4. The game was announced during Microsoft's E3 2013 press event. It is a sequel to Press Play's previous work, the 2010 game Max & the Magic Marker.