Just Cause 4 Review (Xbox One X) 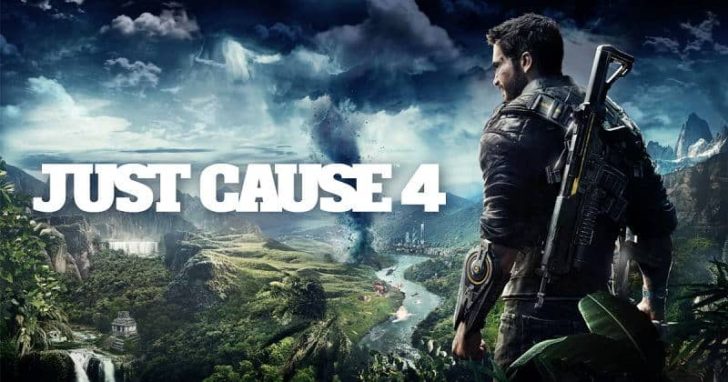 Hard to believe we are now at the fourth entry within the Just Cause series. This franchise is known for its tomfoolery with gadgets, vehicles and exploiting the open world and its enemies in the most imaginative ways with the game’s exceptional collection of mercenary toys. Time to find out how this new entry has spiced things up for this latest outing in the Just Cause playbook.

Players once more take the role of agent Rico Rodriguez and travel to South American to take down a new villain that can actually manipulate and control nature itself. You’ll face the usual terror and unrest, plus the brutal weather conditions of course that look absolutely phenomenal on the Xbox One X. JC4 is a mixed bag between insane bouts of action and exploration; and more than likely heavy periods of laughter. Once you find out you can basically tether about anything in the game together, you’ll soon be experimenting in hilarious ways to send your enemies off into space. The limit to scenarios and video clips to share with your friends is directly and only limited to your imagination.

The active weather elements featured in Just Cause 4 are again just fantastic and crank up the mayhem even further. I only wish these violent tornadoes and sandstorms were more prominent, as they were always awesome to behold and the chaos that ensued was nothing short of gaming brilliance. Some of the more generic missions however slow the frantic pace that this series is known for. We have all participated in these exercises before, as nearly all open world games these objectives in some sort or fashion (escort, protect, find and destroy, Point A to Point B, ect).

Luckily, players can tackle a lot of these objectives in some truly epic ways thanks to the wingsuit, grappling hook, balloons, rocket boosters, retractor and your trusty parachute readily available whenever needed. Needless to say, you’ll have an extensive tool-set at your disposal, which is what makes this game so incredibly fun.

Creative Destruction at its best

Just Cause 4 continues to throw the open world action adventure formula into overdrive with insane weather mechanics and an ingenious collection of gadgets that make for some truly memorable and often hilarious gaming moments.

Just Cause 4 Review (Xbox One X)