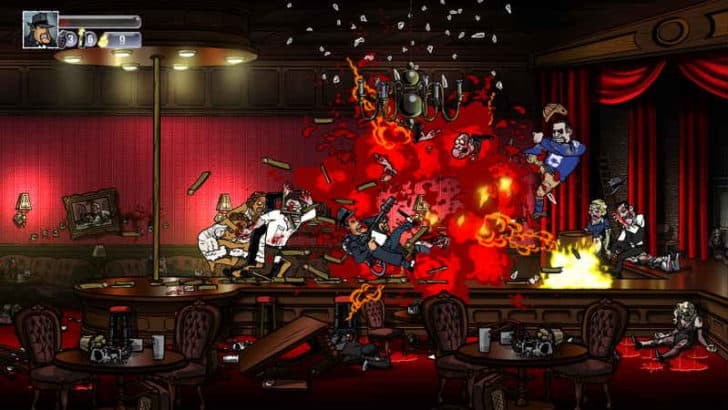 Crazy Monkey Studios has released their humorous 2D shooter on the Nintendo Switch.  It’s a mashup of zombies, gangsters and mob based mayhem.  The streets are flooded with the undead and wise guys in a turf war.

Players take on the role of Vinnie Cannoli, a veteran mafia member who has been tasked with locating a lost goodfella from Thugtown in the middle of all this turmoil.  Vinnie is the type of guy that shoots first and asks questions later.  Gamers will need to blast anything that moves to make it out alive in this action packed side-scrolling shooter where both the dead and living are constant threats. 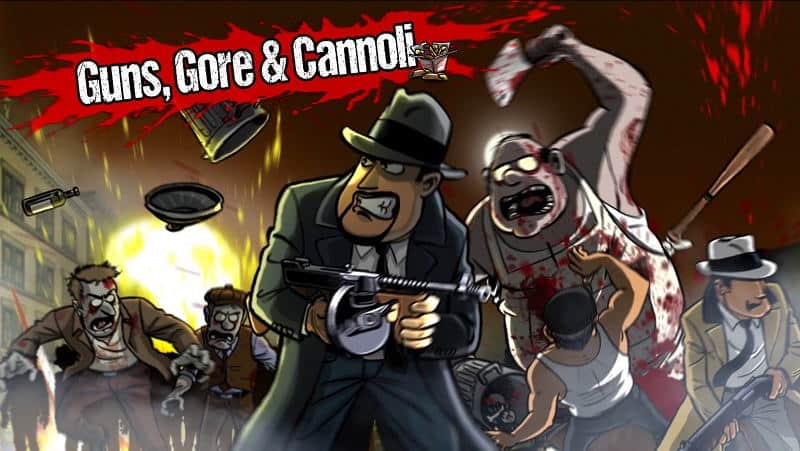 The arsenal is luckily vast in Guns, Gore & Cannoli, which you will need to get through the large hordes of enemies.  This includes shotguns, Tommy Guns, Hand Cannons, and a variety of pistols.  The large assortment of arms helps to keep the action fresh and amusingly chaotic.  Players have to be light on their feet, as enemies attack in groups from both sides of the screen and from up top.  You’ll want to go for head shots as much as possible, as this eliminates your foes as quickly as possible and with a satisfying POP!  Shooting is done through the ZR button, while reloading is mapped to R.  The ZL button allows players to throw grenades, while the L Button can hurl Molotov Cocktails which are very effective when thrown into a large group. 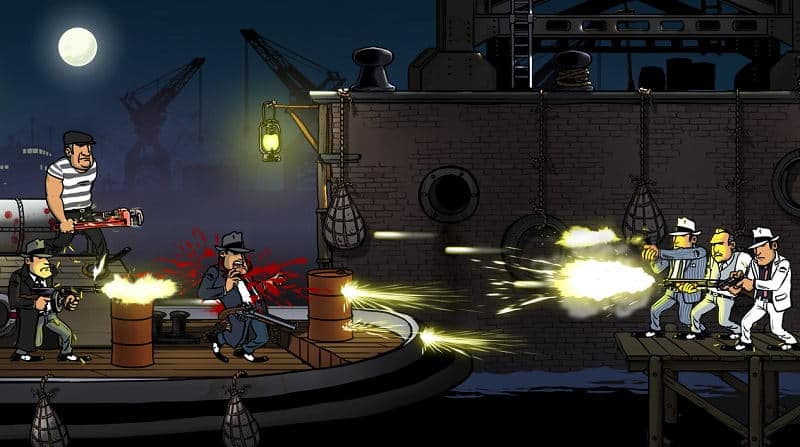 The hand drawn animations and visuals are excellent.  It runs silky smooth and the art style and cut-scenes are wonderfully implemented.  The in-game humor is another strong point and Vinnie Cannoli throws out plenty of puns in typical wise guy fashion.  I have very few gripes with this game, but one is the inability to shoot at angles.  I am hopeful that we’ll see this mechanic added in for the incoming sequel. 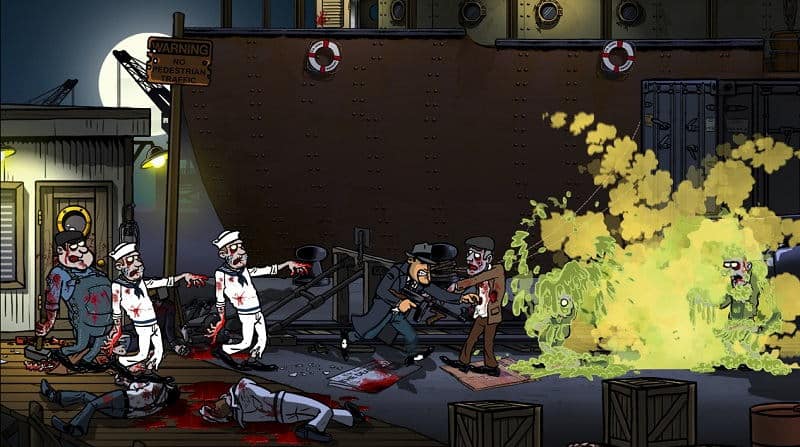 Guns, Gore & Cannoli from Crazy Monkey Studios is a fantastic 2D shooter for the Nintendo Switch.  It’s a dream come true for gamers that love zombies and the mob scene.  The visuals are bursting with detail and the gameplay is a riot that captures the 1920s Prohibition era and the characters within it.  Tackle the action cooperatively for some truly chaotic fun.  This is an offer, no Switch owner should be able to refuse.

Guns, Gore and Cannoli - An over-the-top, comical, and fast-paced action game with hand drawn graphics and set in the Roaring Twenties.