Embers of Mirrim from Creative Bytes Studios tells the story of two opposing races with a history of conflict.  To bring peace back to their lands, a new hybrid being has been created that has the strengths of both creatures.  Both sides must now fight together if they wish to survive.  This enables players to split between the light and dark forms, also known as embers, that is needed for navigating through the world and solving the game’s various puzzles. 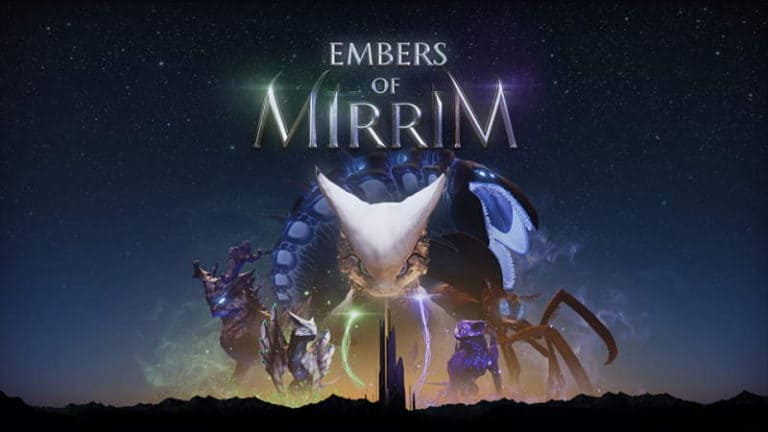 Gamers start out with a short tutorial that introduces you to both creatures and their specific abilities.  You’ll also see their transformation during the beginning act as they square off, but are then merged together as one by a powerful force.  You are now known as Mirrim.  Controlling each form of Mirrim is both a lot of fun and very challenging.  It definitely takes some time to get the coordination down as you will be using both analog sticks concurrently and timing is crucial.  When split, the purple and green embers from Mirrim cannot stray far from one another, enforcing your movements to be smooth and controlled.  If you let either the light or dark form fall behind, you’ll shift back to Mirrim and have to start certain puzzles or areas again.

As you progress through the campaign, Mirrim will absorb the corruption that is threatening their world and making it one step closer to saving their world.  These gaming mechanics are pretty unique for a platformer and mixes things up nicely, giving players a different experience from the norm and one that is highly enjoyable.  There is also your standard environmental obstacles to avoid and critical jumps to be made as one would expect from this genre.  The controls are very responsive and make the majority of the game’s difficulty more about mastering Mirrim than dying from cheap deaths.

The world in Embers of Mirrim is vibrant, full of color and detail.  There particle effects and streams are particularly gorgeous.  The backdrops in the game can be stunning at times and the art design is one you will no doubt appreciate.  The forests, rivers, sunsets and animations look fantastic on the Nintendo Switch.  The game will surprise you with some really fascinating characters, such as a huge whale that you must sprint on top of while running through somewhat of an obstacle course.   Players have unlimited lives, which is well warranted here.  You’ll find some puzzles and areas quite difficult and even frustrating at times.  Thankfully, a fair and consistent checkpoint/respawn system is in place where you won’t have to backtrack too far. 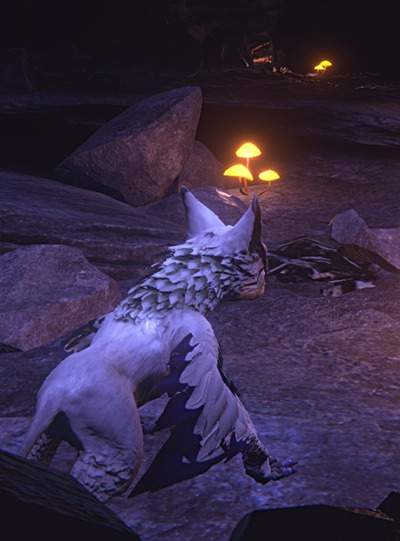 Creative Bytes Studios has created a truly atmospheric and unique platformer with Embers of Mirrim.  It is a different take on the genre that is well worth your time and support.  The campaign hosts a beautiful world and many interesting characters that make it an experience you won’t soon forget.

mbers of Mirrim is an adventure-platformer featuring a powerful creature, Mirrim, with the ability to split into light and dark entities called Embers.