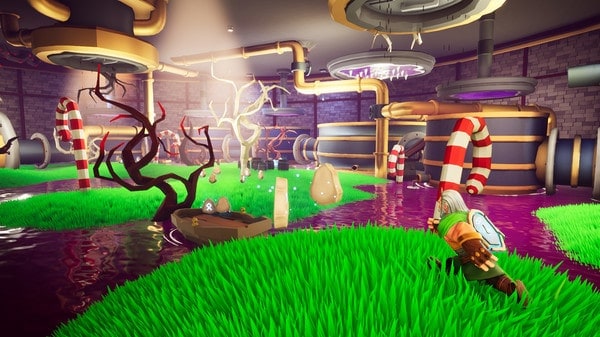 Effie is a 3D action-adventure game developed by Inverge Studios.  Previously launched for PS4 last summer, it’s just now making its way onto Steam.  Let’s see what this colorful and rather nostalgic venture holds in store for PC gamers. 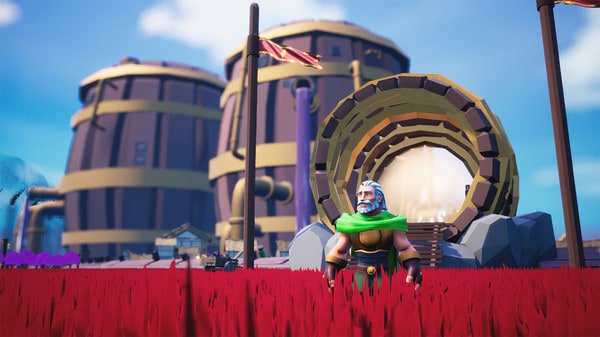 Effie’s story follows an adventurer named Galand, who has lost his youth at the hands of an evil witch.  The journey starts off with our protagonist searching for something or someone capable or reversing the curse.  First thing gamers are sure to notice about the game are the wonderfully implemented animated graphics.  The visuals are bursting with color and have a Pixar like look to them; especially on the PC when played at Ultra Settings and at 2160p.  Crimson red grasslands amidst a grey timberline looks stunning as you traverse across the landscape at high speeds atop your magic shield. 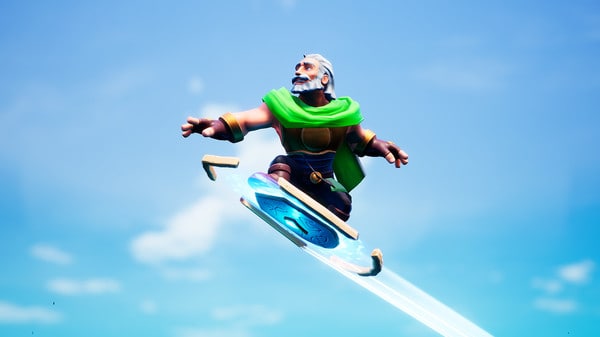 The developers of Effie had a specific goal in mind from the very beginning, which was to model this game after the classic 3D platformers of the PlayStation 2 era. This included Jak & Daxter, Rayman 3 and Rachet & Clank.  You can certainly see cues and inspirations from these classic titles throughout the game’s colorful campaign.  It creates a nostalgic trip with modern visuals fused with retro styled gameplay elements. 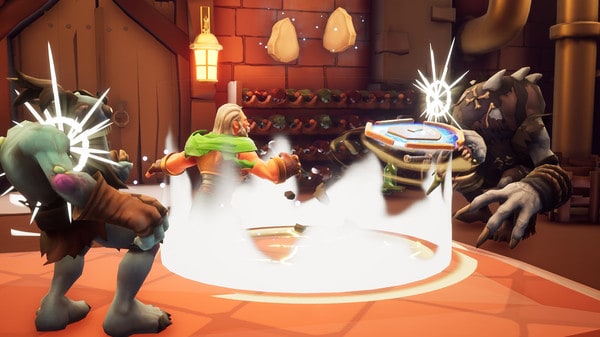 These three factors make up the bulk of Galand’s adventure and for the most part they are well executed.  You’ll be double jumping from one spot to another and carefully navigating across moving platforms to reach switches to open doors or for accessing new areas.  Both the puzzles and combat are straight forward and somewhat simplistic in nature.  Galand strikes enemies via his shield with a mixture of  light and heavy based attacks.  Combos are automatically chained together through these two attack types, which will quickly dispatch the ghouls and grunts around you.  Bosses will require greater effort, but are still no difficult feat for a seasoned gamer.

I believe the lower difficulty and basic combat mechanics are in place to cater to the younger audience, while also providing a nostalgic trip back in time for those that grew up within the PS2 era of 3D platformers.  It may come across a tad too basic and easy for some, but overall it manages to strike a healthy balance that will appeal to a wide demographic of gamers. 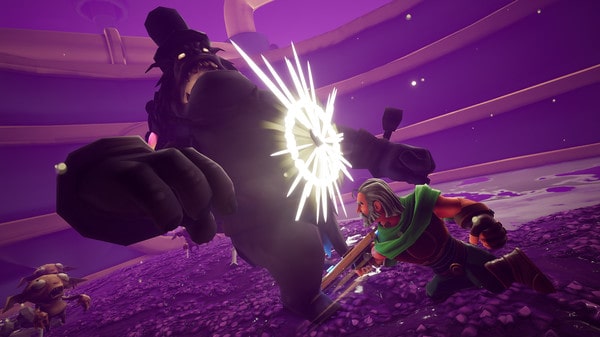 Additional abilities through Galand’s shield is the ability to product a small force field for protection and it’s of course what allows him to surf midair across the bright red plains of Oblena at blistering speeds.  It’s quite the versatile tool and gives this 3D platformer a unique element that is all its own.

Throughout each area you will find Runestones.  These are scattered across the entire landscape of Oblena, which allow Galand to increase his health and mana when enough are obtained.  There are also many collectibles hidden about, for those completionists out there looking to 100% this one. 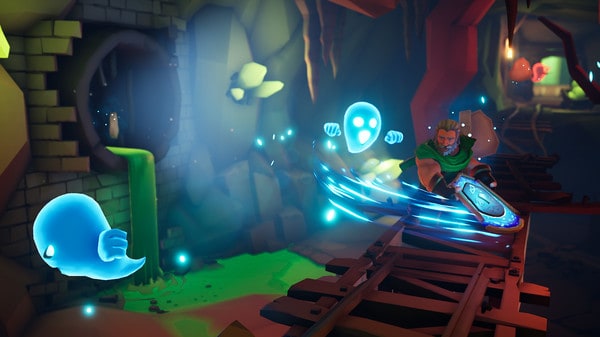 Effie is a gorgeous and entertaining 3D action-adventure, modeled and inspired by some of the most iconic platformers within the PS2 era.  Its nostalgic ties to these titles will bring in those that grew up during this time period, while the simplistic approach to combat, platforming and puzzles; and Pixar like visuals will be highly attractive to younger gamers.  While it’s a difficult feat to completely please both sides of the fence here, Inverge Studios has come very close with Effie.  If you have any love for the gameplay and mechanics behind classic 3D platformers, it more than deserves your attention.