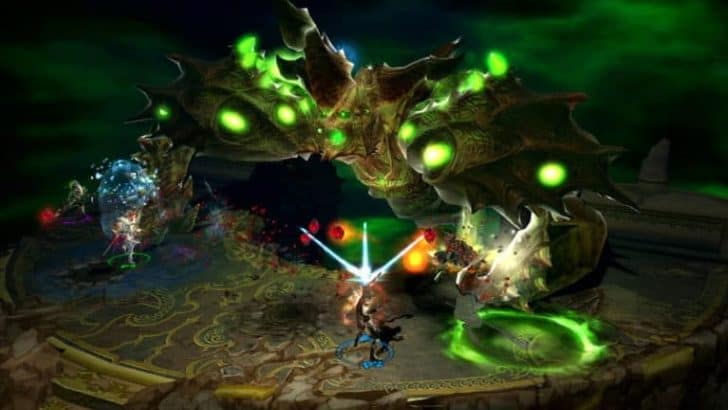 Diablo III first hit the scene over 6 years ago.  It’s pretty amazing the following and success this release has seen since its initial debut.  Witnessing Nintendo and Blizzard team up with Nintendo Switch bundles for this release is a telling sign that things within the gaming industry have drastically changed…and for the better.

The Best Port Yet?

This Eternal Collection looks to bring the definitive Diablo III experience to Nintendo players.  It contains the base game, plus the critically-acclaimed Reaper of Souls expansion, the Rise of the Necromancer pack,  and all content updates.  It also features console-specific features, that include some pretty cool bonus items exclusive to Nintendo Switch.  Zelda fans will be absolutely thrilled that they will receive the Legend of Ganondorf cosmetic armor set, Tri-Force portrait frame, Cucco pet, and Echoes of the Mask cosmetic wings. 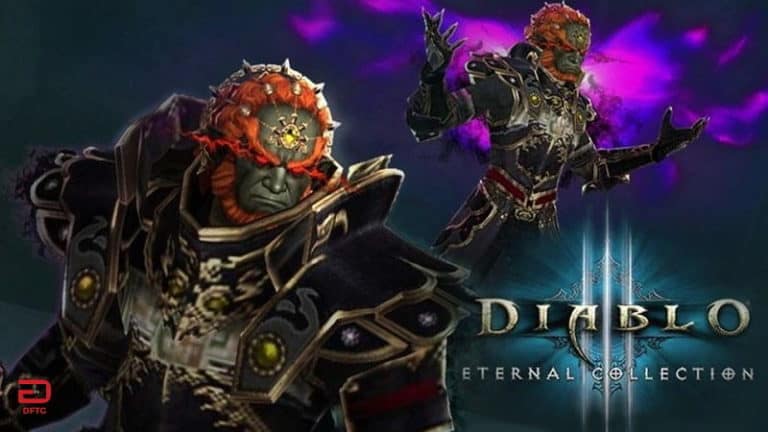 For those that have somehow missed this Diablo III on previous systems, it is the basically the pinnacle of dungeon crawlers.  Players get to hunt demons and ghouls in this adventure.  You’ll be hacking and slashing through these evil minions as you level up your character and make them an incredible warrior.

There are several classes to choose from that include a Barbarian, Crusader, Demon Hunter, Monk, Necromancer, Witch Doctor or Wizard. Select which one matches up the closest with your playing style.  I like close quarter combat and melee attacks, which line up well with the Barbarian.  If you want a nicely balanced character that also has ranged attacks, the Hunter is another excellent choice.

There is actually a pretty rich story here with the outstanding amount of content to play through, but the focus is clearly on the phenomenal action found in Diablo III.  This is why it has garnered such a loyal following of fans since 2012.  You’ll be battling an impressive collection of enemies throughout the game and rarely find yourself fatigued over facing off against the same foes over and over.  The combinations of these fiends are randomly generated, keeping the action unpredictable and fresh with each play through.

I’m sure many are wondering what kind of performance to expect on the Nintendo Switch.  This little hybrid system continues to really impress and Diablo III looks fantastic, running at 1080P and 60 frames per second when docked.  Even during the biggest action sequences, the frame rate was rock solid.  The resolution may dip slightly during these chaotic moments, but it’s very minimal if any.  For long time fans of this entry, one of the most obvious takeaways from this port is the ability to play this iconic dungeon crawler on the go.  When in handheld mode, it displays a resolution of 720P and you still get the super smooth 60 FPS experience.  All in all, it’s simply a great looking and performing title that delivers on all fronts in both docked and handheld mode. 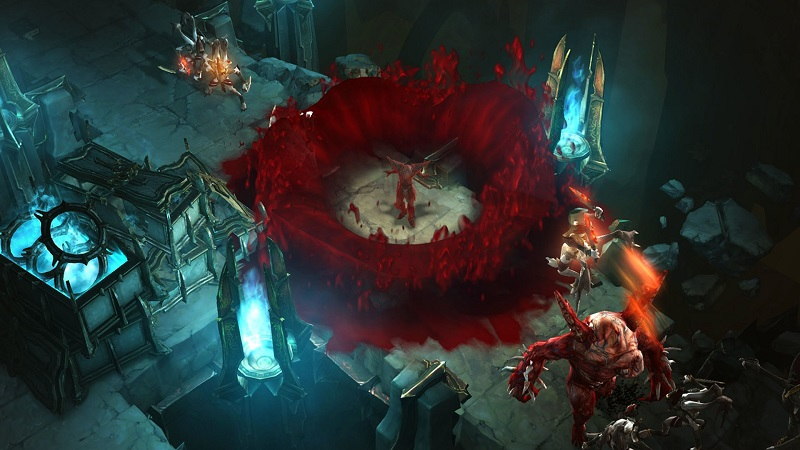 Diablo III: Eternal Collection is a serious bargain for Switch owners.  You’ll receive the base game, the Reaper of Souls expansion, the Rise of the Necromancer pack, exclusive bonus items to this release and all content updates that the game has seen up to this point.  On top of that you can link up to four Nintendo Switch consoles wirelessly for some amazing LAN party action.  I’d say that when you add all these things up, it is indeed the definitive Diablo III experience.

Generations of gamers have battled the demonic hordes of Diablo, and now it's your turn to take part in the action-RPG legacy.