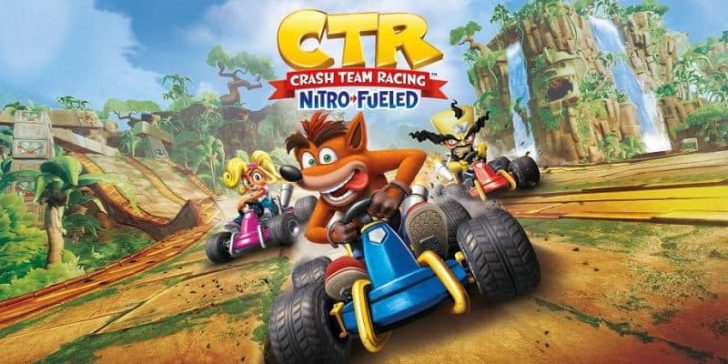 In 1999, Crash Team Racing hit the Sony PlayStation, wowing gamers and critics alike. Fast forward 20 years later and players once again get to race around colorful tracks with a rich selection of characters and villains from the Crash Bandicoot series. 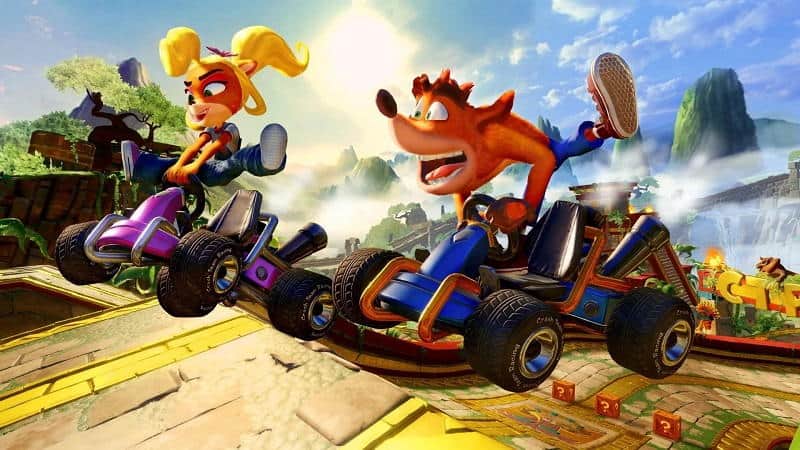 Upon launching CTR, you’ll notice there is a lot of content and options at hand.  At launch there are over 25 playable characters, 30 + race tracks, an impressive selection of local and online modes, plus a series first…customization (skins, karts, paint jobs, decals and more).  The developer Beenox, also wisely made these modifications purely cosmetic, to ensure an even playing field within the online scene.

There are several classes in regards to Driving Styles, ranging from Beginner to Advanced.   The Beginner’s class keeps the speed dialed in and turn-in sharp, giving the player a kart that is easy to control and very forgiving.  The Intermediate and Advanced class cranks up the acceleration, but requires a greater deal of finesse in terms of handling. 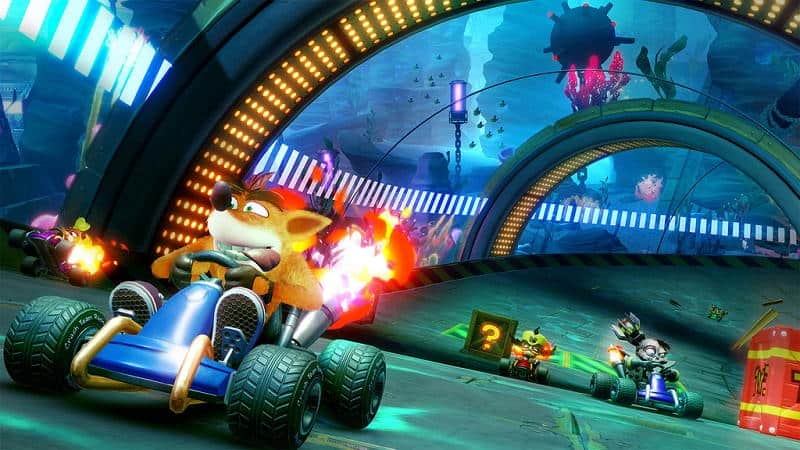 The controls in CTR are fantastic, making it very easy to pick up for those new to the series.  The key mechanic in place to get your kart around corners quicker is the power slide.  It takes a little practice to get the hang of, but can be a game changer in posting up faster laps and grabbing first place online.

You’ll need more than just speed to win.  Along each race track, there will be Wumpa fruits and Wumpa crates.  If you collect 10, you’ll become “Juiced Up”, making your power-ups stronger and more effective.  Your top speed will also be increased by collecting these.  As you can see, there is actually a lot of strategy involved here  in winning races.  Most importantly, the frantic action, colorful visuals and cleverly designed tracks make every race a fun event. 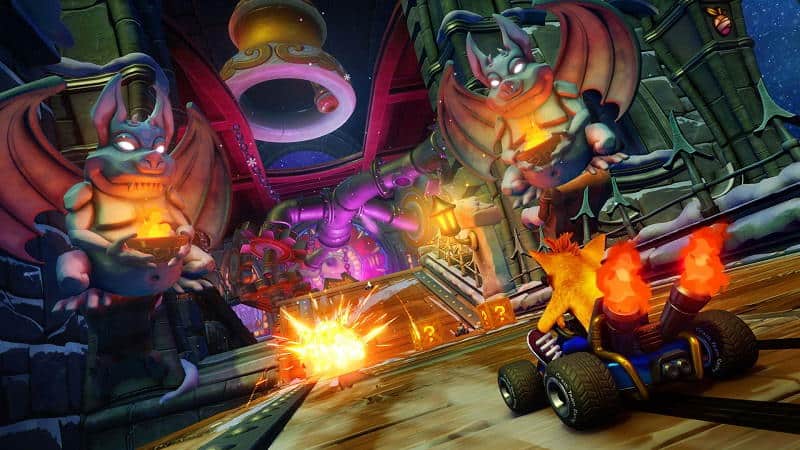 Crash Team Racing Nitro-Fueled is a gorgeous arcade racer that is a high octane ride. Beenox has crafted this new entry with lots of love for the many fans of this beloved franchise. Track design is phenomenal, making every race action packed and visually stunning. The vast selection of characters and modes make this a serious contender in the kart racing genre. It’s official, this Bandicoot is back.

It's the authentic CTR experience plus a whole lot more, now fully-remastered and revved up to the max!