Code Of Princess EX first started out on the 3DS back in 2012. This game is a mix between a hack-and-slash and beat-’em up with RPG elements baked in such as leveling up your favorite characters.The Nintendo Switch receives this special edition exclusively and with this revamp comes improvements such as improved AI and higher resolution visuals. 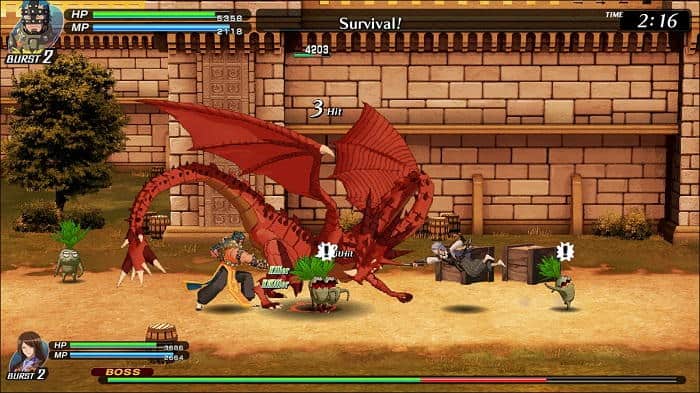 Princess Solange of DeLuxia will faces all kinds of monstrous creatures as she defends DeLuxia. They come in waves where you have to be incredibly quick with your attacks. Players will have to utilize certain analog and button combinations for combos. Countering and evading are key to surviving, as well taking advantage of the three rail system (upper, middle and lower) to strafe back and forth between during battle to avoid damage or get the upper hand. This unique approach opens up some really intense gameplay where the action simply doesn’t let up.

The princess wields an amazing sword named DeLuxcalibur that reminds me of the Master sword in Zelda in its epicness. It’s this very weapon that is the sole source for this conflict and war. The Kingdom of Distron wants this powerful blade and it’s up to Solange to keep it protected. Luckily she has a skillful team that seeks to restore peace to the land as well. They all have colorful personalities, interesting traits and some hilarious commentary that makes the game that much more enjoyable to play through. Your companions consist from thieves, samurai, mercenaries and even a nun with insane combat skills. A diverse group if I’ve ever seen one. 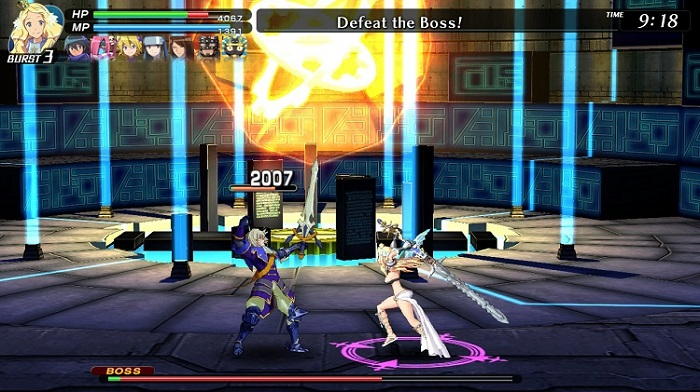 As mentioned before, players will face a certain amount of enemies and after defeating them, progress to the next section after some brief dialog or a cool cinematic after finishing a boss. You’ll eventually move on to the next area of the story and will rinse and repeat this routine until you reach the Distron kingdom and put an end to this war and who’s directly behind it.

While the frantic, fast paced action makes this game really fun and engaging, the cast of characters equally add yet another reason to keep pushing forward. One of the best parts of this is that this experience can be played cooperatively! Once the campaign is knocked out, there is a free play mode and bonus quests for those wanting more post game content.

Code of Princess EX is an excellent pick for those who highly enjoy hack-and-slash and beat-’em up gameplay with a mix of RPG elements. For the collectors out there, the Physical Edition available is well worth it. It packs a 25 page (front to back) colored and high quality instruction manual, plus the game’s original soundtrack on mini-disc.  I always love to see these extras within physical copies, as it’s a rare occurrence these days. 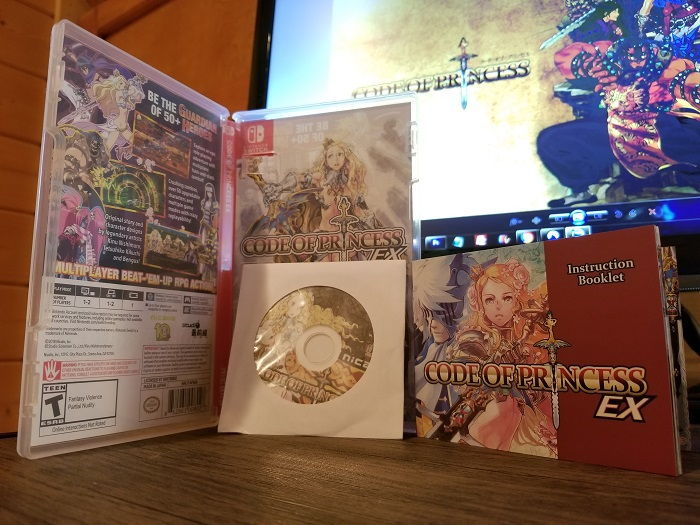 Code of Princess is an action role-playing video game developed by Studio Saizensen.