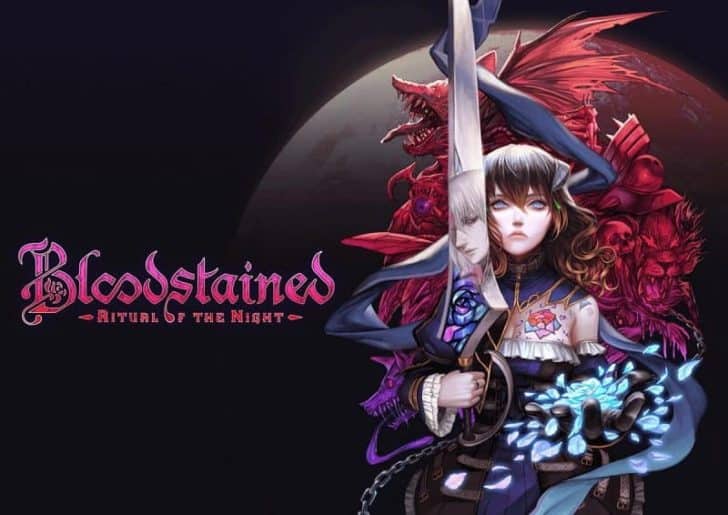 Bloodstained: Ritual of the Night has been eagerly anticipated by the gaming community and for good reason. It comes from the legendary producer Koji Igarashi, a lead producer of many iconic Castlevania games. The excitement behind this release sparked 60,000 backers, who pledged $5.5 million to his Kickstarter campaign. Let’s find out if the wait, investment and delays were worth it in the end.

A Proper Spiritual Successor to Castlevania 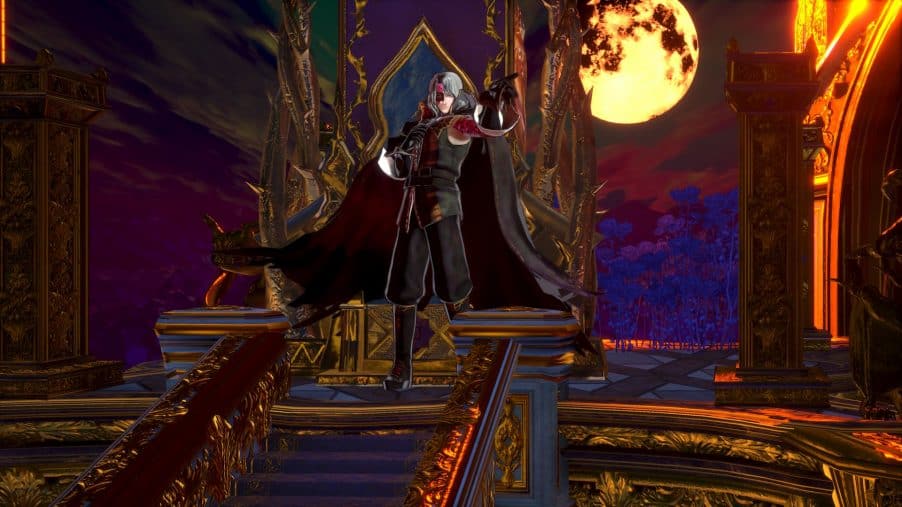 Bloodstained: Ritual of the Night is out in the wild now and it has proven to be everything that Koji Igarashi and his team said it would be.  It’s larger in scope than any previous title by Koji.  There are so many areas, paths and secrets to discover.  Extra time was spent on polishing up the graphics and the game’s soundtrack is just as excellent as one would expect.  It features a orchestra  soundtrack from no other than Michiru Yamane, composer of Castlevania: Symphony of the night.  Tremendous voiceover performances are in attendance here, with David Hayter at the helm from the Metal Gear series.  There is a ton of variety on hand in terms of weapons, shards, power-ups, spells and item/meal combinations.

Die, monster! You don’t belong in this world! 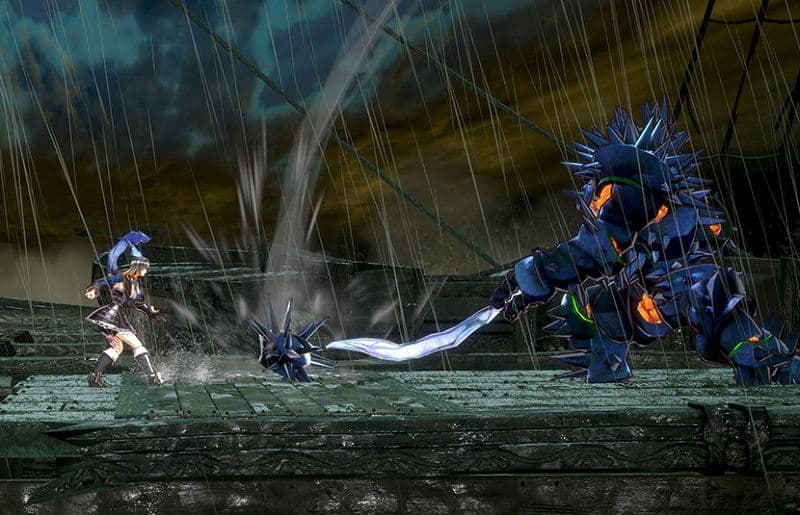 In Bloodstained: Ritual of the Night, gamers play as Miriam, a woman who has been cursed by the evil experiments conducted on her as a child.  She is now known as a sharbbinder and possess the ability to possess the powers of slayed demons, by absorbing the crystal shards that remain from their lifeless bodies.  The price of these abilities is nothing less than her own humanity.

There is an impressive selection of abilities and magic that players can experiment with. It will be up to you to discover which spells and powers work best against the creatures you face (hints can be found in books and archives). Having the right shards selected in boss fights is crucial to surviving each skirmish. As it should be, the bosses in Bloodstained are fantastic and there are a ton of them to test your might against. 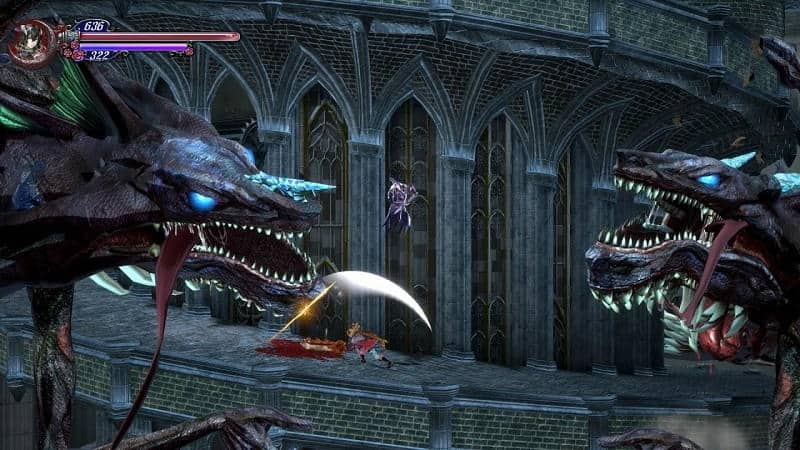 Miriam’s friend Gebel knows all too well the price that is to be paid for absorbing such wicked powers.  He himself has turned on everything he once believed in and has given in to evil.  It’s Miriam alone who must defeat him and stop the demon invasion dead in their tracks.

Miriam grows less human with every kill and is always in danger of becoming the very thing she hunts and despises.

Players start off on a ship in distress.  Here you will learn the basic game controls and it won’t be long till you are face to face with an enormous epic boss battle.  Even this early in, it was apparent to me that Bloodstained was going to be an incredible experience.  The combat is incredibly fluid and the expansive weapon selection gives players a ton of flexibility in how they tackle enemies and bosses. 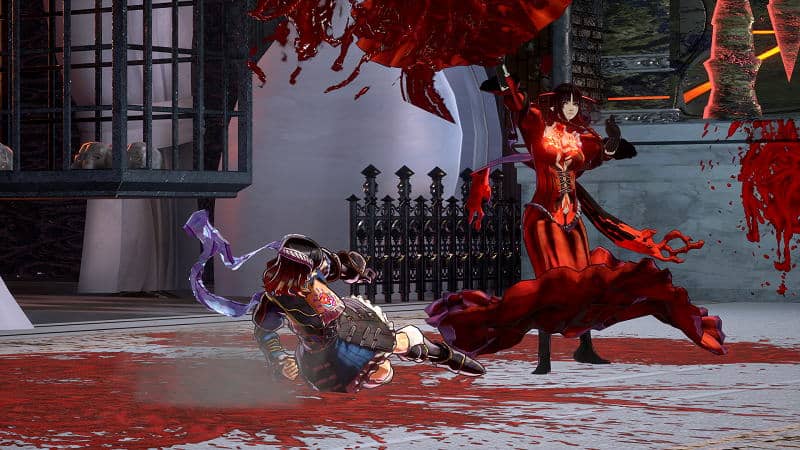 As you progress, you’ll begin meeting new characters that add depth and side missions to the story. You can choose to help others, which will net items or currency through side quests.  Core characters will help you craft weapons and create meals for health recovery.  There is even a vampire librarian that allows you to rent books that actually increase your core stats.  How cool is that?

Aside from the campaign, there is also Boss Rush and Speed Run modes available.  Due to the funding that was reached, there are 13 free DLC’s coming post launch.  That is pretty rad.  Support for Co-op, extra characters and new modes are on the way too. 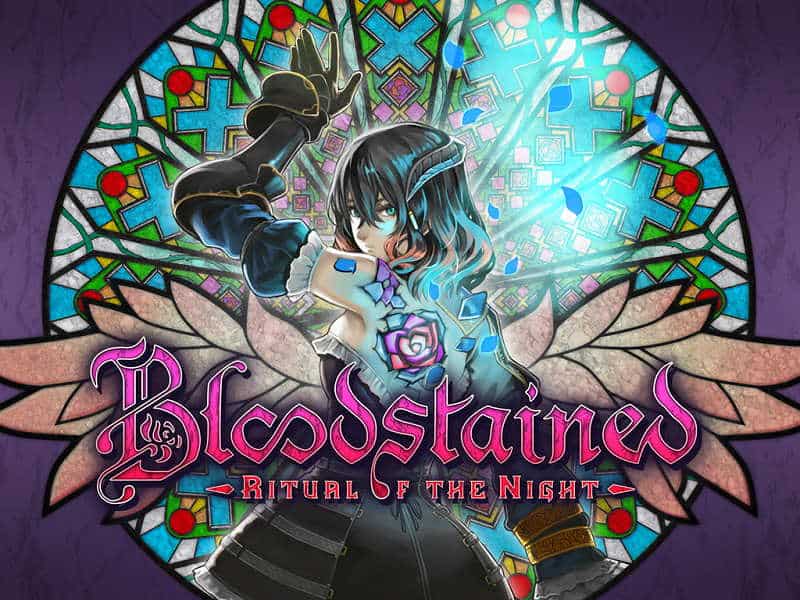 Bloodstained: Ritual of the Night is simply a masterpiece and will be yet another timeless classic by Koji Igarashi.  The visuals are gorgeous, the soundtrack is phenomenal and the iconic 2D side-scrolling action that fans loved from previous Castlevania games is firmly in place in all its glory.

Play as Miriam, a cursed orphan whose body is slowly being crystallized. Explore and conquer a demon-infested castle to save the world, and yourself in the process.